Pre-orders start at $569 through Ninebot's Kickstarter page. It seems like they've already exceeded their goal with 417 backers.

Here's the link where you can place your order. 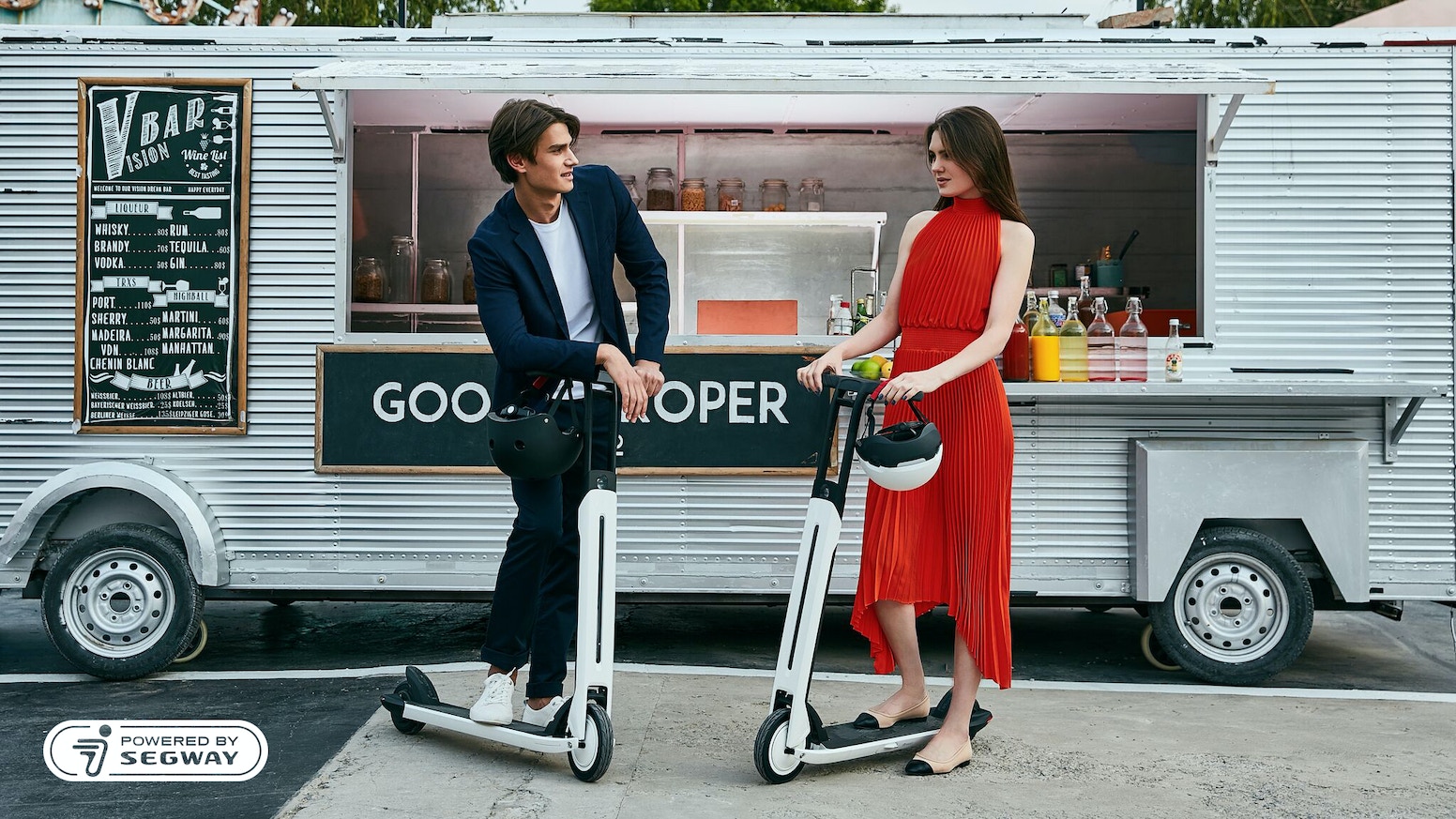 The most interesting thing about the scooter is how it moves you around.

The Air T15 doesn’t use a standard throttle, but instead opts for a novel kick-to-go system that functions almost like constant cruise control.

Essentially, the rider pushes off like a non-electric scooter to get moving, and the scooter then maintains the rider’s current speed. To go faster, the rider simply gives another kick. To slow, the rider steps on the mudflap brake, which also engages regenerative braking.